Cardinia Civic Concert Band is the premier band of the shire and we perform at a number of events including Pakenham Show, Australian Day, citizenship ceremonies and many carols by candlelight and ANZAC Day events throughout Cardinia. 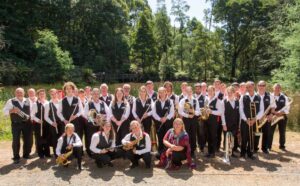 pper. The variety nights have a casual atmosphere with games and trivia and performances by individuals, small groups and both our bands. Our themed cabaret events are always a hit with costumes and of course great music.

The band was originally formed in the late 1880’s and started out as a brass band under the direction of a drum major, but became the Pakenham Concert Band, during the 1970’s. Towards the end of 1994, the Shire of Pakenham merged with surrounding suburbs to form the Shire of Cardinia and so the band changed its name, accordingly, to become the Cardinia Civic Concert Band.

We are a diverse band, with a wide range of ages and skill levels, but we all share a genuine love of music. We draw on that commonality to give engaging performances and yet also provide a great environment for young musicians to make vast improvements, serving the community as best as we can.

So whether you are new to music, an experienced player or have just picked up your instrument after a long break, if you want to join a band in your local community then the Cardinia Civic Concert Band is the perfect fit. We welcome players of all ages and levels of experience and, somewhere within our library of music, there’s a challenge for everyone! 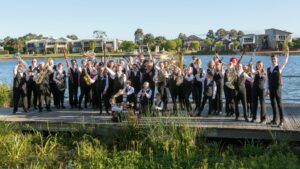 Whether you are new to music, an experienced player or have just picked up your instrument after a long break, if you want to join a band in your local community then the Cardinia Civic Concert Band is the perfect fit. We welcome players of all ages and levels of experience and, somewhere within our library of music, there’s a challenge for everyone! Our rehearsals are held on most Tuesdays nights at the Army Road Hall in Pakenham Upper.

Get in touch via email, phone or Facebook and we’ll arrange a time for you to come along to one of our rehearsals to see what we’re all about. 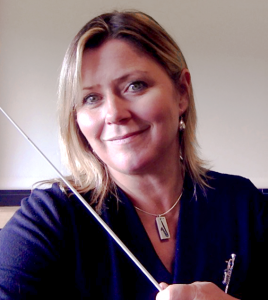 irector, a position which she has held since 1994. She would describe it as an honour, but the honour is all ours. Not only does she have a slew of qualifications, she has professional experience to match.

Kim’s career as a professional musician has spanned for over 27 years. As a performer, she spent 6 years in the Royal Australian Navy and was one of the first women ever accepted into the RAN band.

With the RAN band, Kim has been privileged to play on numerous occasions for members of the Royal family, including Queen Elizabeth, Prince Phillip, Prince Charles and the late Princess Diana. Kim has also performed alongside performers such as Kylie Minogue, Kate Cebrano, James Morrison and The Seekers, with performances in all major venues throughout Australia.

After departing the RAN, Kim became involved in musical theatre, where she has been the musical director for over 35 full-scale broadway theatre productions, including the renowned Mal Brooks production “The Producers” performed at the Malthouse Theatre.

Kim is a founding member of the Cardinia Performing Arts Company, Managing Director of NYD Academy of Performing Arts and is Head of Music at Chairo Christian School, Pakenham Campus. She is also a specialist examiner for VCE Music Performance and Music Composition and has held the position of Artistic Director for the Pakenham Carols by Candlelight since 2001.

Kim’s formal qualifications include a Masters of Music Studies majoring in conducting, a Bachelor of Music Industry (Performing Arts), Diploma of Education, Certificate 4 in Music Performance, Certificate 4 in Instrumental Music and she is currently working on a Ph.D. on the benefits of community music supporting children at risk.